When it comes to fundraising, there seems to be a frenzied dash to solicit Generation Y (also known as Millennials), comprising donors aged 18 to 32 years. After all, the ALS ice bucket challenge raised millions; Barack Obama’s fundraising success of 2008 and 2012 targeting youth got him elected twice; and with the help of […]

Dynamic Pricing: It Worked for the Airlines, but Can It Work For Theatres?

Dynamic pricing has become a hot topic for the arts. And it’s no wonder, since a few theatres that have begun to test the waters have been quite successful. Before you decide to delve in, however, there are a few things to know. An Introduction to Dynamic Pricing Dynamic pricing essentially means that in order […]

Look around you. Smart phones and tablet computers are everywhere! It’s no surprise then that non-profits are focused on making their websites mobile and developing apps to support their fundraising and communication initiatives. Going mobile will increase your chances of reaching new supporters and engaging current ones. Are you on the bandwagon? If not, here […]

It probably comes as no surprise to many of you that online giving is growing. What may be surprising, however, is that the very wealthy (a reported 1% of donors that are responsible for 32% of non-profits annual gifts) are among those that prefer giving online. Generally speaking, however, they are frustrated with non-profit websites. […]

Demystifying Mobile Giving: How it Works and Can Work for Your Nonprofit

Mobile giving gained recognition following its incredible success at raising funds for the victims of the Haiti earthquake in January 2010. The Red Cross alone raised an astounding $32 million when more than 3 million people texted the word “haiti” to make a $10 donation. That success has since spurred an interesting discussion about the […]

Have you heard of Crowdrise? It’s the website started by actor Edward Norton that empowers everyday people to raise money for the charity of their choice. Websites like this are popping up everywhere, marking a new trend in do-it-yourself crowdsourcing that can be hugely beneficial to non-profits. In this article you’ll find out more about crowdsourced […]

What’s that, you want to climb a mountain for charity?! Fundraisers, meet the next generation of donors! This generation, normally referred to as the millennials, is educated, tech savvy, passionate and will not be happy sitting on the sidelines, especially when it comes to the nonprofits they support. Whether it be climbing a mountain, walking, […] 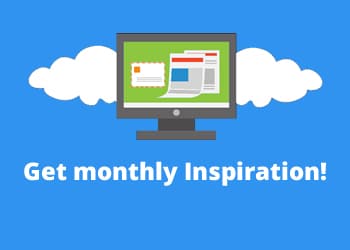