How 5 Nonprofits Successfully Nudged Dormant Donors to Give Again

The largest pool of untapped potential in your database is the people who once gave to your charity and then stopped­: your dormant donors.

There is a saying in business: It costs five times more to get a new customer than to retain a customer.

So, the question is. How do you nudge them back to give again?

Here are a few methods that have worked in spades:

1. The Royal Conservatory of Music

The house membership list of the Royal Conservatory of Music had been dormant for several years. After scrubbing the list, a membership appeal was sent to 5,586 lapsed members. 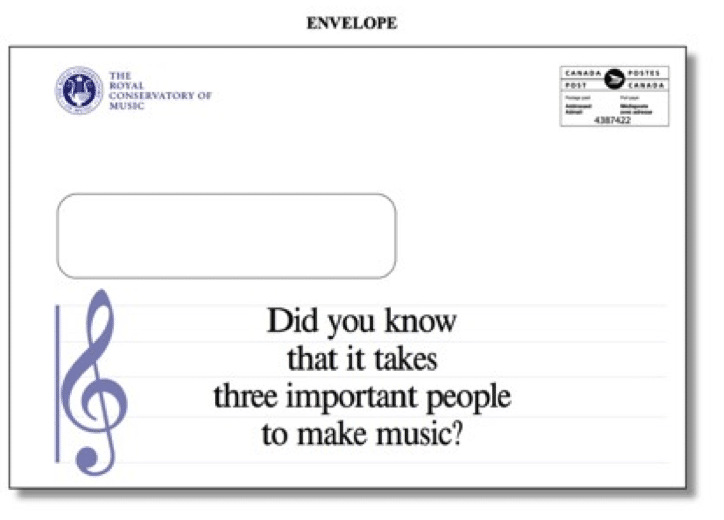 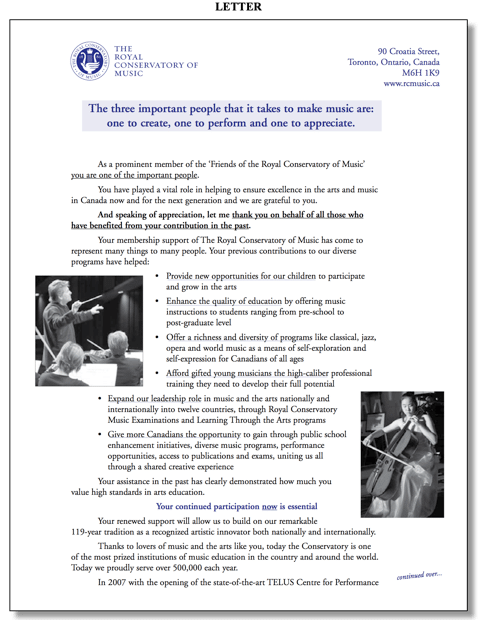 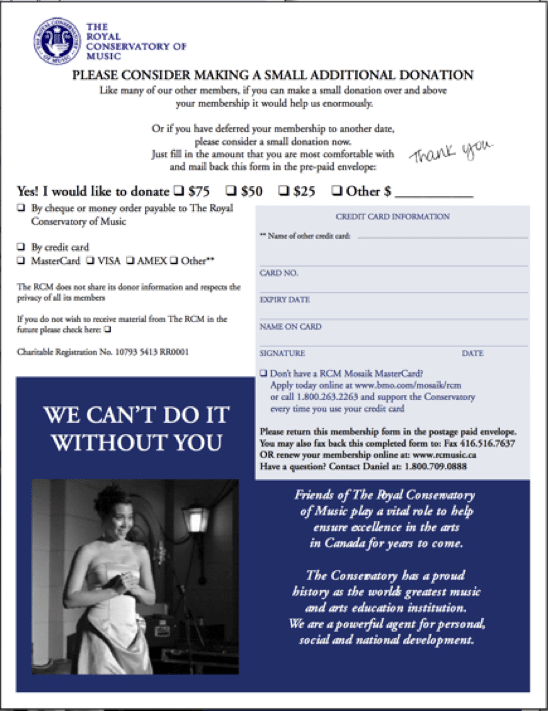 It resulted in a renewal win-back rate of 70%.

The key reason was to give members the option to become a member whenever they chose to do so rather than when the mailing was sent. When the membership fee starts at $100 and goes all the way to $1,000, then every membership activation is vital.

United Way Montreal had close to 43,715 accounts that had stopped giving to repeated efforts.  Although it costs a lot to keep mailing to donors who have stopped donating, a last mailing was sent exclusively to these donors. 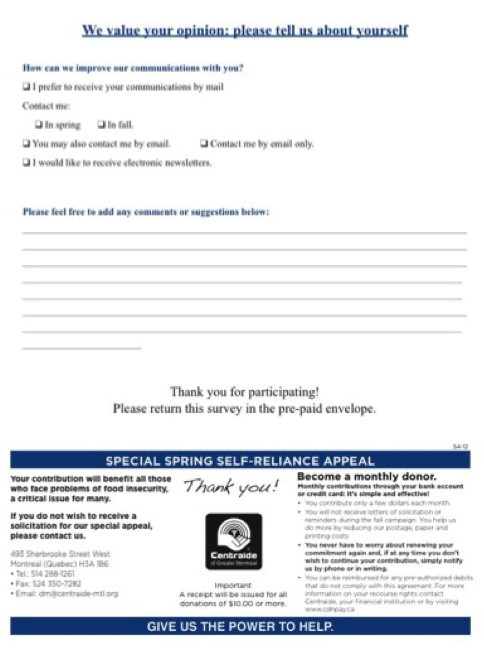 Results: A 4.9% response to a mailing where 5% of lapsed donors made a gift while the rest ticked the box that said: I’ve stopped due to my age and/or my health.

They also sent a survey form in the mailing.

Yes, you can learn a lot from a survey.

But keep one important thing in mind: It doesn’t matter what people say. Watch what they do:  At a focus group for a new $100 electronic gadget, the response in the focus group was fabulous, people all raved about the features of the new device with great excitement.

At the end of the session, the moderator said, “Thanks for coming. As our gift to you, you have a choice: get the device or receive $25.”

Everyone took the cash.

Surveys or focus groups that ask customers or donors about their preferences, their intent, or their habits—are often misleading. It is more important to watch what people actually do when they have a chance to interact.

Even blind taste tests by soft drink companies have never worked in reality. The winner of the taste test has never ever captured a bigger market share.

The year-end is a great time to mail to your entire donor base including lapsed donors. However, make sure your message to lapsed donors is slightly different from your loyal donors. Let your lapsed donors know that you miss them and want them back. Here’s what Special Olympics Ontario sent out: 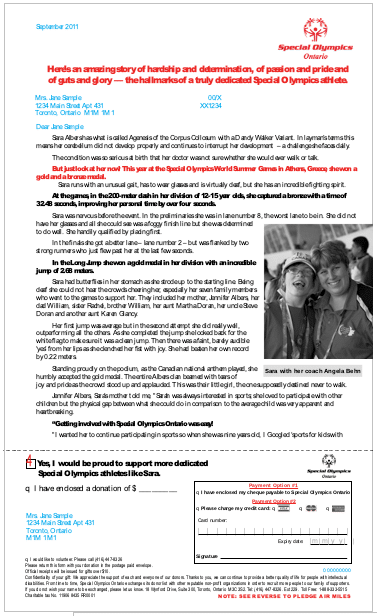 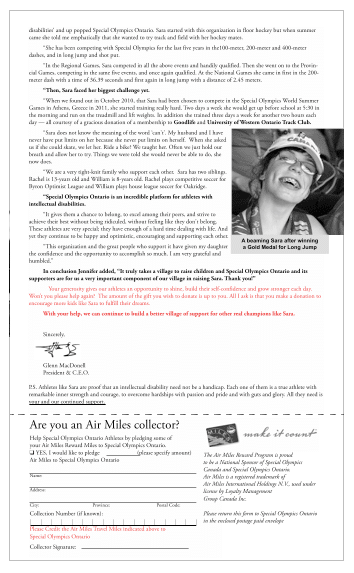 Results: Here’s an email response from the data specialist at Special Olympics: “In November, 1,345 pieces were mailed to lapsed donors and about 20.8% gave in December and January.”

That is a big win-back of lapsed donors.

A few years ago, California Symphony realized the bottom of their donor pyramid consisted of thousands of cold patrons—people who hadn’t donated or attended an event in over three years.

These inactive accounts or lapsed donors made up 89% of their database, and they weren’t having much luck getting them to return.

“And it’s not for lack of trying,” Executive Director Aubrey Bergauer explained. “Every time we send out a mailing, at least for ticket sales, we go back five years. We’re just wasting money if we continue to mail to these people and we’re not producing returns.”

If you’ve ever worked in nonprofit fundraising, this problem will sound very familiar.

To solve this problem, they tried a strategy that seemed at first like it might be a terrible idea.

They sent their cold list a special mailing that included the option to “never hear from us again.” 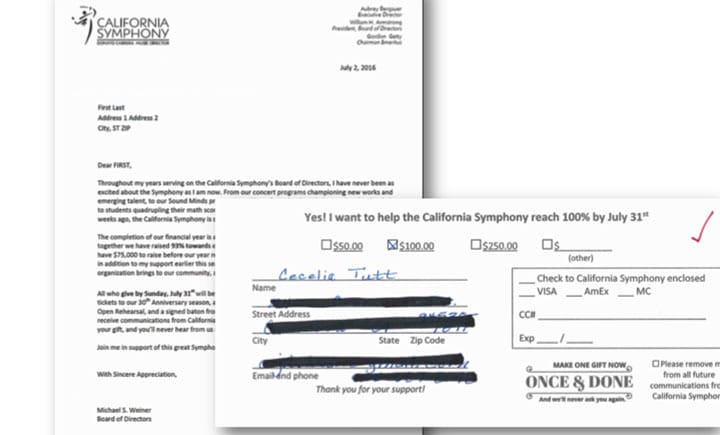 They even advertised that opt-out option on the outside of the envelope. The risky strategy was based on research findings from University of Chicago economists. They figured, worst case scenario, they’d get a lot of opt-outs with no donation—but those people were already so far gone that losing them wasn’t much of a risk. Best case scenario, the special envelope might catch the eye of a few people on the cold list who usually throw their mailings in the trash.

How did it turn out? “The Once & Done group made 17 times more gifts compared to the year prior, and generated nearly 15 times more revenue. On top of that, they’ve seen an increased number of these lapsed donors become repeat donors after the end of the campaign.

As Bergauer put it, “They were basically dead to us, completely dead accounts, and we’re seeing them come back this year.”

The “Once & Done” campaign, California Symphony generated 15 times more money from a mailing that cost them the exact same amount as the previous year’s mailing

Another strategy that has worked is to set an achievable goal and do a two-part mailing.

For example:  A letter was sent to all the house list of donors of the University of St. Michael’s College asking them to donate towards it’s one hundred years anniversary. A target goal was set at $1.2 million. 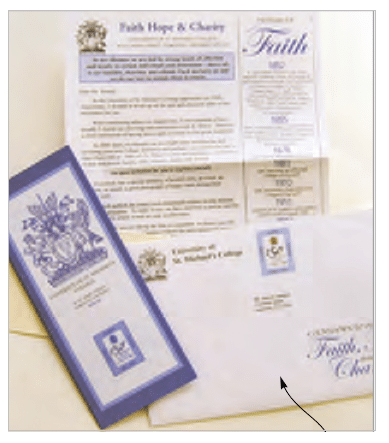 Next, A second mailing was sent but only to those who had not yet donated, (mainly lapsed donors and those who had given only a few times) reminding them that the university was still falling short of its target of $1.2 million. The second mailing included a bar graph showing how much was raised by the first mailing.

The solicitation letter in the second mailing stated that they were 78.5% of the way to their goal for the fiscal year, and just needed a final push to the finish line. 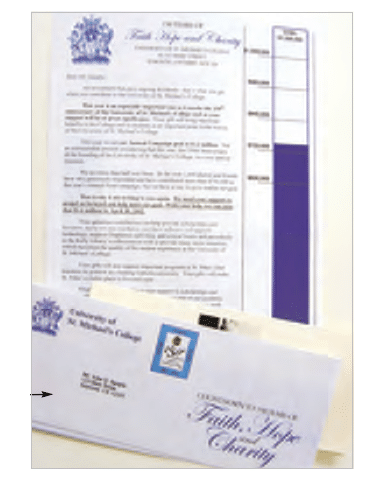 It worked. It achieved the goal handily and exceeded it by $1,250 more.

As a charity you need to be asking and answering at least two important questions:

We could give you a laundry list of ways to engage them because it’s likely these so-called lapsed donors are still interested in supporting your cause in some other way besides donating money. Remember, many lapsed donors probably don’t even consider themselves “lapsed.”

You can offer them something new, such as volunteer opportunities, or event participation.  You can survey them to know more about them, or use advocacy tools. Best of all, you or your Board members can call them up and ask them if they’re still interested. These activities may help build a case for them to perhaps give again. Worst case scenario, they only gave once in the first place and they may now ask you to take them off your donor list.

However, the real culprit is the glut of look-alike campaigns. All of them making the same old promises or using enticement techniques (premiums, address labels, memo pads). So, is there any wonder there are so many ‘Switchers’?

What is important is providing a meaningful message that gets through to donors and lapsed donors that distinguishes your organization from others.

In short, avoid flailing in a ‘Sea of Sameness’ that so many charities find themselves thrashing about in.