“There aren’t enough positive things I can say about Sumac. It has given us a better handle on every aspect of our organization – communications, donations, memberships, and contacts are all far better organized than they ever were with Raiser’s Edge, which we were using before. With Sumac, data is easier to input, retrieve, and organize. The entire system is remarkably user-friendly. I felt confident using it after only a few days. Of course, that has to do with their customer support, too – if every company provided service as good as Sumac’s, the working world would be a happier and more efficient place. – Katie Addleman, Administrator

PEN Canada is an apolitical non-profit literary and human rights organization, a community of writers, readers and supporters, working to defend freedom of expression, advance literature, and foster international exchange and undertstanding.  The right to freedom of expression touches all our lives. For more than 25 years, PEN Canada has successfully helped to free writers from prison, assisted those who live in exile, and given hope to those voices are restrained.

PEN Canada is one of the most active centres of International PEN, the oldest and most respected freedom of expression organization in the world, which was founded in 1921 and currently  has 145 centres in 104 countries around the globe.

In 1926, a chapter was founded in Montreal and exists today as PEN Quebec.
In 1983, the Anglophone Centre (PEN Canada) was founded here in Toronto.

PEN Canada works on behalf of writers who are persecuted and often imprisoned and tortured in many countries around the world for doing nothing more than expressing themselves. We monitor and respond to issues of censorship; petition, campaign, write letters, and lobby governments at home and abroad, and have been successful, through hard work, peaceable dialogue, and dedication to the cause of protecting freedom of expression as a basic human right, in assisting the release of more than 40 writers from prison in the last seven years alone. To support our literary mandate and our operations, PEN Canada holds a series of literary events each year, designed to stimulate dialogue, entertain, and celebrate writers and writing.

PEN Canada in recent years has been instrumental in setting up PEN centres in Haiti and Jamaica.
Our Writers in Exile Program — which assists refugee writers in Canada, who have become part of PEN’s network, to re-enter a community of writers and the culture of writing by providing various opportunities, such as placement  in residency programs at universities and other institutions, and participation in cultural events that PEN organizes – has been replicated by other PEN centres. 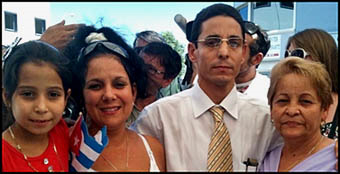