The Music Gallery is a centre for promoting and presenting innovation and experimentation in all forms of music, and for encouraging cross-pollination between genres, disciplines and audience. Founded in 1976 by Peter Anson and Al Mattes of the free-improvising group, CCMC the Music Gallery has become Toronto’s Centre for Creative Music. Since its inception, the MG has been a publicly assisted centre for the creation, development and performance of art music from all genres. Having hosted such luminaries as John Cage, Iannis Xenakis and Peter Brotzmann since its early days at 30 St. Patrick St. (1976-84), and continuing at 1087 Queen Street West (1984-1993) and 179 Richmond Street West (1993-2000), The Music Gallery became renowned internationally as one of Canada’s most important venues for, and presenters of, boundary-pushing, unclassifiable and creative new music. 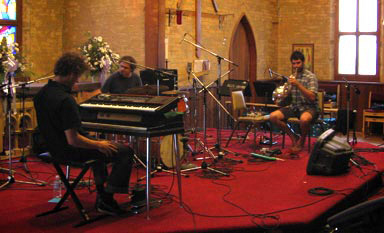