Recently, Sumac Research has been examining the many, extraordinary ways non-profits are using social media to effect change. After looking at dozens of incredibly successful examples, we started to see some trends; some things that these many ventures into social media had in common and seemed to make them successful. Based on those trends, here are the top five tips for making your social media effort a success:

1. Make it easy and fun to participate – Your goal in using social media should be to engage as many people as possible so that you increase visibility and support for your cause. For that reason, making it fun and easy to participate is very important. If it’s too difficult or complicated, people just won’t bother. A good example is Oxfam America’s Flickr Photo Petition. Participants were asked to submit a picture to put pressure on Starbucks to give poor coffee farmers in Ethiopia a chance to earn more. 573 photos were submitted and Starbucks and Ethiopia finalized a trademark agreement as a result. 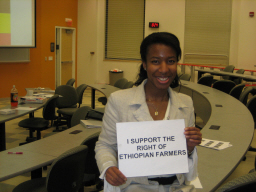 2. Engage people with questions – People like to be engaged. Chances are, if you ask people for their opinion, they will be happy to give it! In fact, many of the successes we saw were successful because they asked participants for something: advice, a vote, a story, a picture, etc. A perfect example is Lupus Foundation of America’s Facebook Cause Page. This page is used to engage members constantly by sharing news and asking for their help, and it has been incredibly successful. In six months, they increased cause membership 584% and increased online donations in Facebook by 790%. 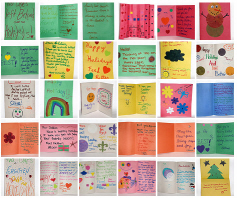 3. Integrate campaigns across multiple social media sites and offline – Since each medium caters to a different crowd, the value in cross-promotion is that you are able to get your message out to several targeted audiences. A lot of the successes we saw cross-promoted their campaign across several media as well as offline. The American Red Cross, for example, used Facebook, Twitter, Flickr and a YouTube video to promote their Holiday Mail for Heroes campaign. The video itself, which features card samples, has over 40,000 views.

4. Adapt to your audience – If your venture into social media is going to be successful, you have to know your audience and be willing to give up control to adapt. So, even if you have never used Twitter before, for example, you have to be able to say: “Okay, so now everyone want to tweet, well let’s start tweeting then!” Epic Change used Twitter to raise over $11,000 in just 48 hours to help build a classroom in Tanzania. The Tweetsgiving campaign tapped into a whole new group of supporters, with 98% of donors never having donated to Epic Change before. 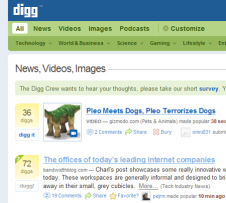 5. Experiment! – In most cases, success comes after some time is spent playing around with a particular medium to find out what works. So, if your first couple of Tweets don’t seem to be getting the desired effect, don’t give up! Try something new and pay close attention to the results. Social media are still very new. It will take a while to get it just right. A good example comes from The National Wildlife Federation. They used digg.com to increase internet traffic to their website. They posted several different kinds of stories before they found the “sweet spot” and knew what kinds of stories would be voted up. 10 Extraordinary Animal Tactics for Surviving the Cold, for example, made it onto the digg.com homepage and drove 29,000 views to the NWF blog in one day.