Steuart Henderson Britt, an advertising consultant once famously said, “Doing business without advertising is like winking at a girl in the dark. You know what you are doing, but nobody else does.”

One of the best media channels helping charities around the world gain publicity and recognition is ambient marketing.

The objective is to tell the story about the product or cause in a unique, engaging and thought-provoking way.

Here are some excellent examples of how even small charities have used ambient marketing very effectively: 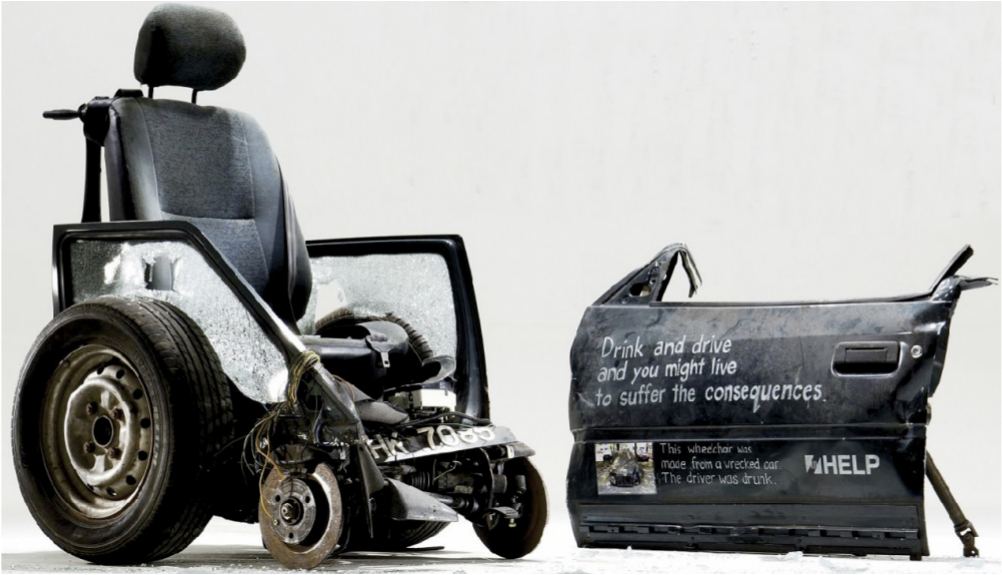 Drinking and driving is a serious problem among youth. The charity called ‘HELP’ wanted to change that by demonstrating one of the consequences.

They took a car that was involved in a car accident and painstakingly converted it into a wheelchair. It was then displayed at college campuses along with the door with the message, “Drink and drive and you might live to suffer the consequences.” They also put up a pledge boards for students. The Result: In the first month over 10,000 students signed the pledge not to drink and drive.

‘Refugee Aid Belgium’ was concerned about the arbitrary criteria the Belgian government had passed into legislation, that allowed immigration authorities to determine which immigrants could stay and which should be expelled based purely on appearances.

To expose the absurdity of this new law, the charity placed 5 real refugees in a glasshouse in the centre of Brussels.

Passers-by were then asked to participate in “The Refugee Game Show” and vote for their favourite refugee just by looking at them.

Like government officials, the passers-by had to make the decision based on just a few simple facts: name, age, place of birth and most important of all, looks.

The result: People were outraged, and soon the government was flooded with angry emails.
The image of the glasshouse appeared in every news broadcast, every newspaper, and on hundreds of blog-sites.

The media pressure was so strong that during the formation of the new Belgian Parliament, the first policy all parties agreed on was the urgent reform of the Belgian immigration policy.

Sadly, millions of children in India don’t go to school because they must work in order to earn a living. The non-profit organization ‘Children of the World’ wanted to find a solution to help these children learn to read and write in the city of Mumbai (Bombay).

Many of these children who are illiterate, ironically also spend their time selling magazines to commuters at traffic signals in Mumbai.

The result: Inquiries and donations poured in and over 300 individuals volunteered their time to help children learn to read and write. The donations they received helped the non-profit group set up a makeshift school in the city.

Here is billboard from ‘Friends of the Earth’, an environmental group in the USA. It needs no explanation. The poster won a BBC design award in 1994. 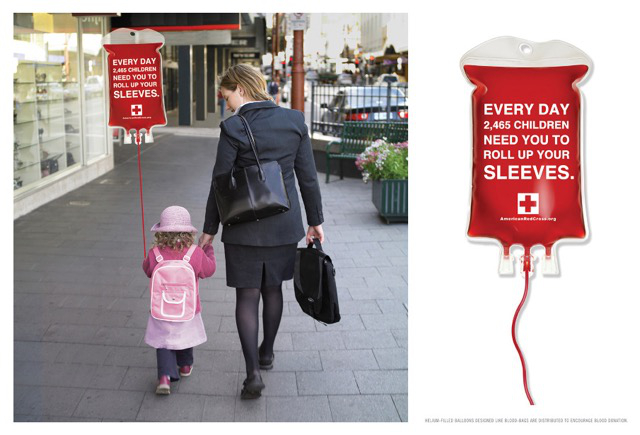 All this charity did, was simply hand out hundreds of these free balloons to little children.