Peter Singer, one of the most famous and influential modern philosopher, argues quite convincingly that people have a moral obligation to give.

Singer is an interesting guy. He was named by Time magazine as one of the 100 most influential people in the world. His best known book, Animal Liberation: A New Ethic for Our Treatment of Animals, gave birth to the worldwide animal rights movement.

In his newest book, The Life You Can Save: Acting Now to End World Poverty, Singer uses ethical arguments, case studies, and examples of charitable giving to conclude that our response to need is “not only insufficient, but ethically indefensible.” 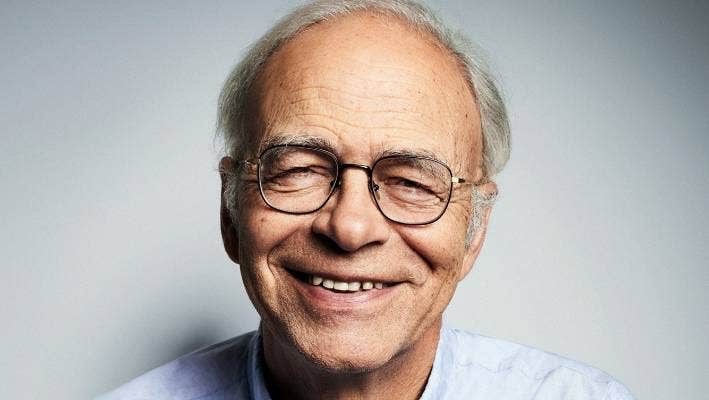 He goes on to examine individual psychology and why it is that we don’t do more, citing six major reasons.

Here are the reasons below, followed by 6 ways nonprofits can use these truths to inspire giving.

The 6 Reasons People Don’t Give More

According to Singer, people are more likely to respond to the needs of a single, identifiable victim than they are to a large number of victims, or a general statement of need. This would explain why we are so willing to chase after lost miners or Baby Jessica no matter the monetary cost, but turn a blind eye to the unknown millions starving in the developing world.

People are more likely to help their family, friends, and community than they are to help those living far away.

People are less inclined to act if they feel that their contribution will not make a difference. Singer says, “in general, the smaller the proportion of people at risk who can be saved the less willing people are to send aid.”

4. The Diffusion of Responsibility

People are also less inclined to act if they feel that they are just one of many who are able to help. We assume, fairly naturally, that someone else will step up to the plate.

5. The Sense of Fairness

People are not inclined to act or donate funds if they feel they are unfairly carrying the weight and responsibility of a cause.

“Money – or even being primed to think about money – makes people less helpful.” Thinking about money takes the attention away from those who might benefit from that donation, and can deter a potential donor from giving.

6 Ways You Can Use These Truths to Inspire Giving

Based on this psychology, which is backed up by case studies in Singer’s book and also here, there are specific things you can do in non-profit marketing to inspire people to give. Here are six key takeaways: