We are quickly approaching one of the biggest months for non-profits. Nearly 57 percent of Americans plan to donate to charities between Thanksgiving and Christmas, and studies by the American Red Cross have found that economic factors like unemployment rate and the election don’t have a negative effect on giving. In fact, 68 percent of Americans said it’s important to support local charities because of the economy.

Despite being the best month to receive donations, many non-profits fall flat in creating fundraising campaigns that engage their audiences. Here are five steps you can take to boost your fundraising efforts and win over some donors for the Holidays.

Despite these generous giving statistics, only 32 percent of men and 20 percent of women will donate make charitable donations greater than $100 this year. This means that nonprofits will mostly receive tens to hundreds of small donations from people who feel like doing their part.

So what does this mean for you?

If your donation threshold starts are $100 on your website, you might want to add additional lower levels (like $25, $50, and $75) and test the effects. How is your average donation value affected? How does this affect your conversion rate? You may find that your donations increase because the gift is more accessible — especially for people who are donating in the name of a co-worker as a Secret Santa.

You can also take advantage of “micro-donations” though sites like Facebook, which allows users to donate as little as $5 to charities that they engage with. These asks are particularly effective when placed next to a goal. For example, trying to reach $100 for space heaters creates a sense of crowdfunding and opens the wallets of fans, even if it’s only a few dollars each. 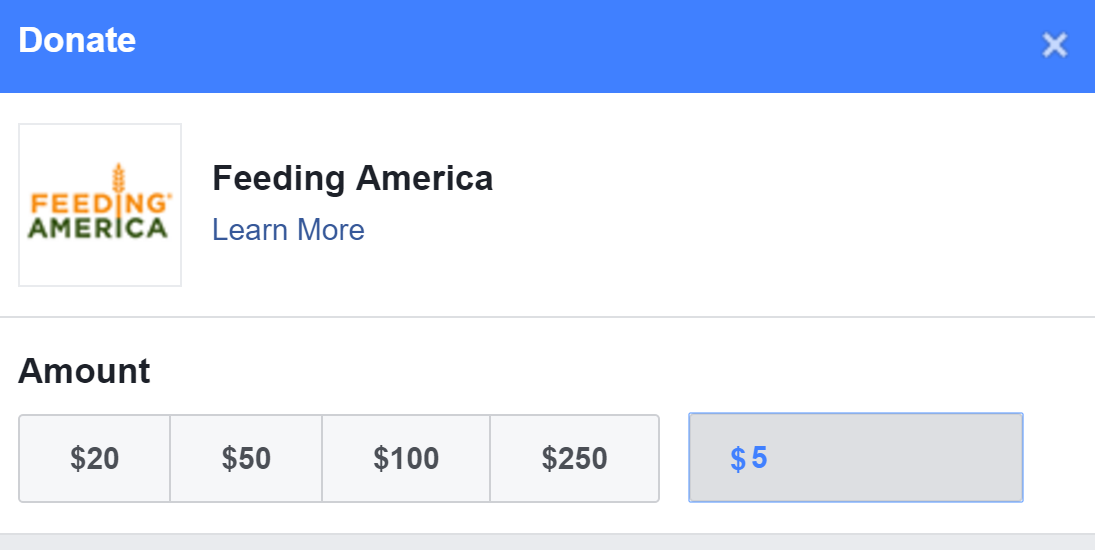 People want to give during the Holidays, you just have to approach them at their comfort levels.

2. Create a Specific Campaign for #GivingTuesday

While #GivingTuesday is certainly picking up steam amongst the general public (who are also participating in four other Holidays that weekend and Green Monday a week later) it’s hard for non-profits to stand out in the crowd. Most of the time, people donate to a non-profit that they’re loyal to and there’s limited opportunity to engage with potential new donors. However, there are a few best practices to follow to create an engaging campaign.

Why should donors choose your nonprofit on #Givingtuesday over others? More importantly, why is it important for them to donate on that day instead of any other day? Instead of asking for a general donation, set a goal that puts your donors on a limited timeframe to donate. For example, an Animal Rescue charity could focus on buying dog beds to keep their pups warm during the winter. The ask is specific and timely.

Don’t Wait Until Tuesday to Promote It

Start sending out emails and engaging with fans on social media in the week leading up to #givingtuesday. Talk about what you’re campaigning for and all the great things you do throughout the year. This way your name will be top-of-mind over other nonprofits who wait until the last minute to promote their cause.

3. Look for Opportunities to incorporate Gifts

Donating in the name of a friend or family member is increasingly becoming a more popular gift choice, however, the digital age makes it hard and anticlimactic to present that gift. No one wants to receive a confirmation email on printer paper for the Holidays. To encourage people to donate (and even upsell potential donors) consider investing in gifts that you ship to people who donate.

Many zoos and aquariums nail this concept with “adopt an animal” programs. Recipients receive a photo, adoption certificate, and stuffed animal confirming their donation. (And who can forget the San Francisco Zoo’s adopt a hissing cockroach promotion!) However, there are other options, like sending t-shirts or coffee mugs for donors who hit certain levels. This allows donors to get something back for their donation, and present it with more ceremony that simply letting someone know a donation was made. 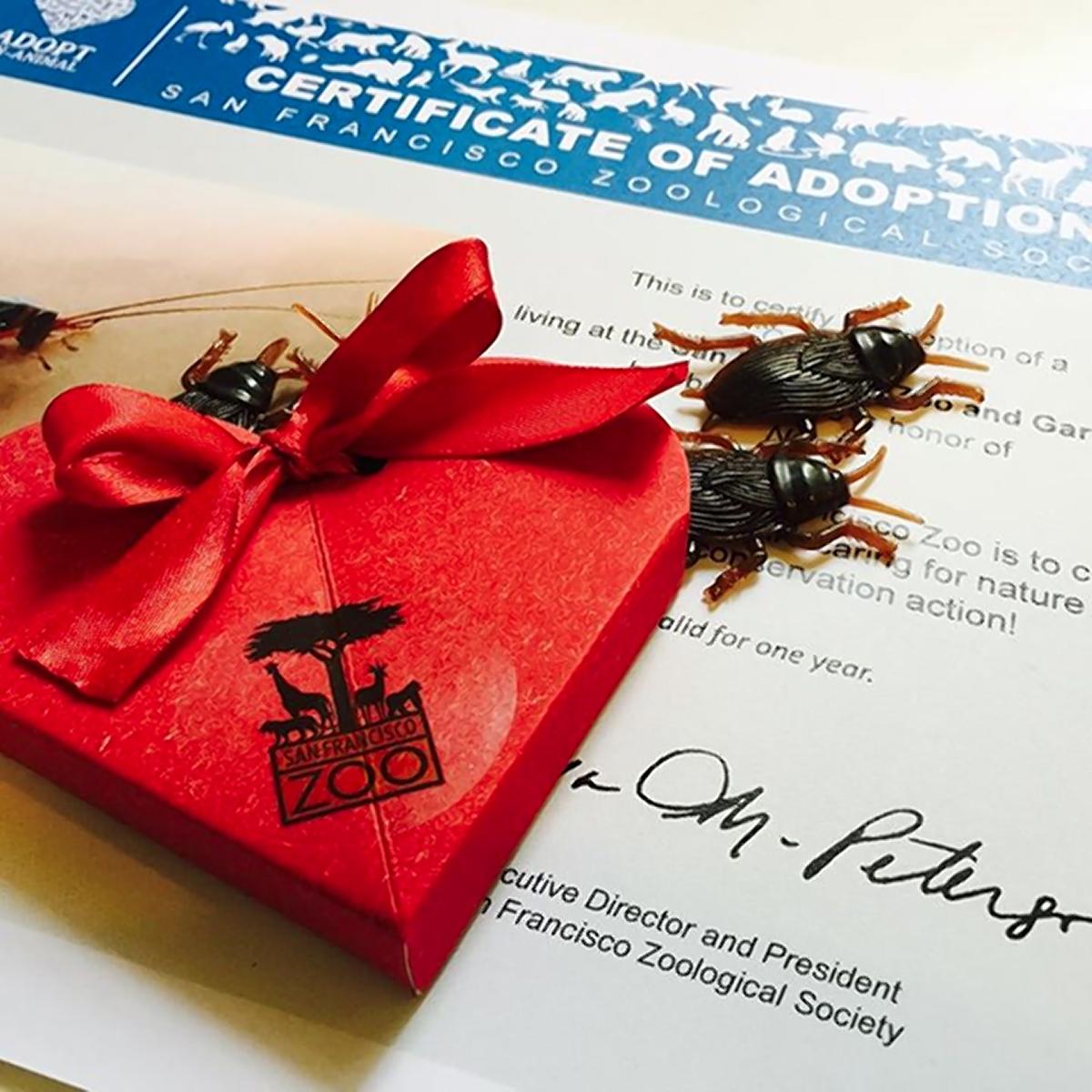 4. Beef Up Your Corporate Outreach

Finding a local company to partner with during the holiday season can create a long-term match made in heaven. Oftentimes companies look for nonprofits that are relevant to business to form relationships with year after year because they want to look charitable and enjoy the publicity that comes from giving back.

To meet with these companies, you need to have the right documentation. Make sure you keep boilerplate information about your charity close by, along with documentation about stewardship and where the money goes. Some companies might want to see a copy of your annual report as well. As far as making the pitch, enlist your development team to craft a value proposition and involve your CEO when developing partnership strategies. With the right planning, you could form a partnership that brings several thousand dollars to your company every year.

5. Partner With Other Local Organizations

So far we’ve discussed charitable giving with an “us versus them” strategy, thinking that your nonprofit has to land the donations and sponsorships before another one does. However, many donors want to support multiple charities, and many do. According to the site Charity Navigator, the average user donated to 3.5 charities throughout the year.

Instead of trying to take more of the pie, try partnering with local organizations in the community to host communal fundraisers. For example, a local animal shelter would partner with a church in the area for a doggy event with Santa. Proceeds would benefit both parties, appealing to people who want to support multiple charities in the area.

You only have a few weeks before the peak giving season of the year. Are you ready?

About the Author: Sumac is part of the Silent Partner Software family, a company dedicated to providing exception software and services to nonprofits. With over 25 years of service, Silent Partner has helped organizations manage over 3 million donors and contacts across the US, Canada, UK, and Europe. Learn more.